Let’s just say it has been a while but my mom’s persistent public banter on Facebook has convinced me to write an update. I will just hit some highlights rather than make this a 3.5 hour marathon to test your endurance. I last wrote from Dakar before hitting the southern delta of Senegal near Gambia with two other Googlers, Tidjane and Ayite. We took a boat ride, shared a meal with family friend’s of Tidjane’s who also let me and Ayite take his horse and cart out so we could make a movie.

After Senegal, I headed back to Accra to worked on my stamina for labor – working +90 hour weeks to pull together a Google tech event  with +450 people called G-Ghana  (pics). In the midst of the madness, YouTube partnered with the world’s top street soccer team, headed by the famous goggles wearing, Edgar Davids. We hosted the team in Ghana, took them dancing til dawn, by bus to the north to play local footballers in the street, and out shopping because the thieving Kenya Airways, “lost” their luggage. In fact, the first day, they had a match – many of them wearing my socks including Pinto, who succeeded in begging me to give him the socks off my own feet. (pics) 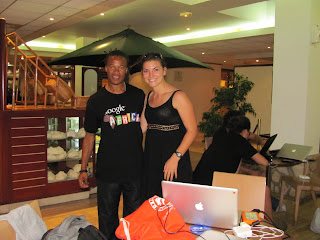 The last night they were here, Edgar wanted to go meet a bunch of famous footballers in Ghana (Adabayor, etc) despite needing to be at the airport. I drove them around to elaborate MTV Cribs style houses with butlers, a circular drive showcasing their five pimped out rides and living rooms that look like fancy showcase rooms. When we finally left, we had about 20 minutes to make it to the airport. I was pulled over 3 times in 10 minutes, blew of one police check point and bribed a copy with a Google t-shirt as I did want to give him cash but was in a hurry.
Besides footballers, G-Ghana and the 21 Googlers in town consumed all wake hours. The event went off with only a few minor glitches – the second day, the combination of a tropical pour down flooding the streets and the President closing roads for an impromptu motorcade, caused attendees to come about an hour late. 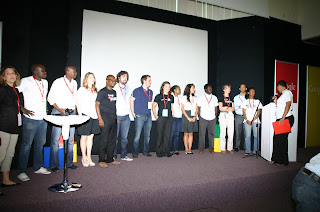 After a crazy event, I hit the beach and local markets with the Google crowd and then set off with my manager for less two days in Senegal. Next to Nairobi to where I surprised a few churchies when I randomly showed up. In Nairobi I met with a bunch of tech hubs, put on tourism conference pulled off with 3 days planning, and watched as much World Cup as possible.
Last weekend, I was asked to help out a project called Field of Dreams which was a joint project with Google and the BBC to teach young girls in the Kenyan beach village of Kilifi, computer skills. At night, we projected the games on a giant outdoor inflatable screen (so cool, check out OpenAirCinema). Rain or shine, a huge crowd gathered to cheer on the African teams. 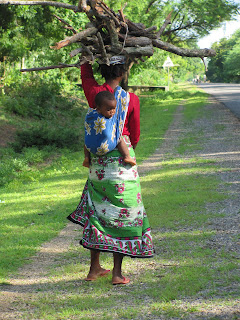 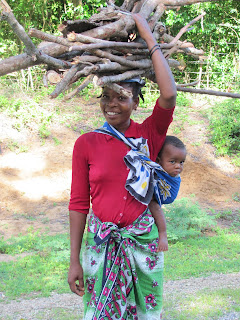 One of my three days in Kilifi, myself and a colleague rented creaky walmart-quality super workout mountain bikes to explored the villages meeting people, taking pictures, sitting with a local soap stone carver, and generally reveling in the beauty and peace of this place. 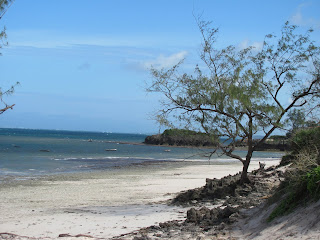 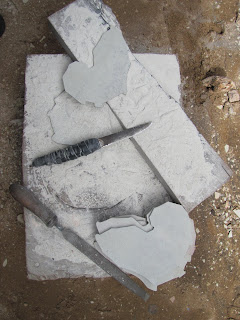 Monday through Wednesday of this week, I was waking up in my favorite city in Africa thus far, Kampala, Uganda. They city is built on seven lush hills on the edge of Lake Victoria. It is vibrant , proud, friendly, talkative and young. I hosted a lunch with young programmers who were hilarious – commentating and arguing about every aspect the educational system, the government,, the roads, the potential for technology, ending on the fact that what they really need is consistent electricity and better elementary education.  That said, Africa is growing, developing and hungry for business. The consumer market is booming. The Africa of National Geographic is not the reality for 98% of inhabitance. Progress is happening and business is driving it.
For those wondering what exactly I am doing, here are a few things. I am involved with WhereCamp Nairobi, BarCamp Cameroon, G-Ghana, G-Africa, Apps for Africa, iHub, etc.
For now, I am on a(nother) plane back to Accra to watch the Ghana vs. USA game among other tasks like laundry, paying rent, working, resting and packing for another 3 weeks on the road – London, Israel, Kenya, Uganda, Tanzania and back to Accra before Nigeria.
BTW, Africa is HUGE. ENORMOUS even. I am on a 8 hours flight over land in a Boeing 737 to get from East to West Africa. In total, it will take me 27 hours to get back to Accra. Flying in Africa sucks. I will explain later.
*More pics coming soon
Posted by Bridgette at 6:03:00 AM 1 comment: